You can design your route for paved roads only or use a combination of paved and gravel roads. Gravel roads have lower and slower traffic volumes and paved roads very widely in traffic volumes, shoulder width, and pavement quality. If you lean towards a more peaceful bike ride, you should avoid the major roadways in the the area – Route 7A South of Manchester and Route 11/30 South towards Bromley Mountain. Route 7A between Manchester Center and East Dorset has wide shoulders on both sides. “Super” Route 7 between E. Dorset and Bennington is limited access highway with no bicycles allowed. There are plenty of alternate routes to choose from.

We have created a Bike Manchester VT group in the Ride with GPS app and mapped out some great routes, long and short:

Did you know that the Western New England Greenway is a mapped bike route going from New York City to Montreal? Did you know it goes right through Manchester VT?

Unpaved, dirt, gravel, and ancient roads – whatever you call them, they comprise over half (6000+ miles) of Vermont’s travel infrastructure.  Every town has them.  These unpretentious backroads expose the natural beauty of rural Vermont.

Some curse them during mud season (April), as the roads defrost and heave with mud and rocks.   Listen to the story on Vermont Public Radio on how others come to celebrate muddy mountain biking as Vermont’s Gravel Roads draw International Cyclists.

But from May through October, you don’t need a mountain bike to ride your favorite back road. Here are some of the gravel roads in the area:

Join Friends of the Trail and receive our Newsletter: 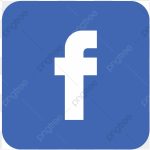